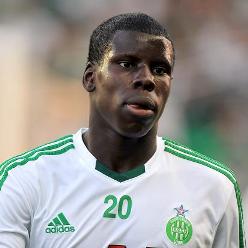 It has been revealed that Manchester United are tracking St Etienne defender Kurt Zouma.

According to The Sun, Sir Alex Ferguson is plotting a £9million swoop for St Etienne defender Zouma, 17, rated one of Europe’s top teens.

It is said that the Premier League giants have been scouting Zouma this year.