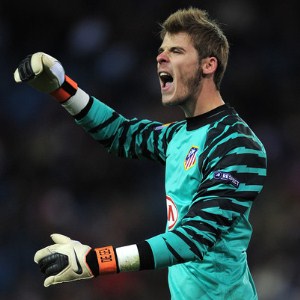 It is said that the Manchester United chief’s brother Martin attended Atletico’s 2-2 draw at Espanyol on Sunday night to run the rule over the Spanish goalkeeper.

It is believed that Atletico are desperate to keep the 20-year-old but the Spanish outfit are bracing themselves for an £18million end-of-season bid from the Premier League giants.

Fergie wants him to replace the soon-to-be retired No1 Edwin van der Sar.