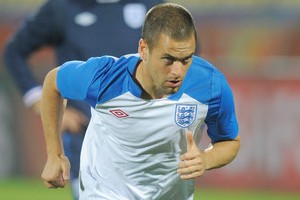 Sensational news are out and it has been reported that Manchester United have decided not to pursue released Chelsea midfielder Joe Cole and are leaving him to Tottenham and Arsenal.

The Guardian has reported that Joe Cole, released by Chelsea after failing to agree terms over a new contract, has repeatedly been linked with a free signing to Manchester United, but well-placed sources at Old Trafford have indicated there has never been any interest in the midfielder.

Sir Alex Ferguson, the United manager, has spoken on numerous occasions about his admiration for Cole, but the 28-year-old has had a season disrupted by injury and his wage demands would be prohibitive for United.

The feeling at Old Trafford is that a lot of the speculation surrounding United’s reported interest has been generated by people close to Cole in the hope of accelerating interest from other clubs.

Cole’s future now looks like a straight choice between Arsenal and Tottenham, the north London rivals having both initiated talks with the player’s representatives.