It has been revealed that Manchester United boss David Moyes has his former Everton protégé Ross Barkley top of his shopping list. 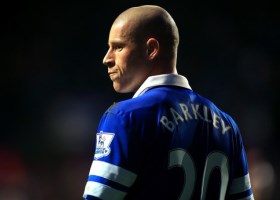 The Manchester Evening News claims that the 20 year old England international is at the top of his New Year wish list.

Roberto Martinez recently declared that not even a Gareth Bale-sized bid of £86m would be enough to prise the attacking midfielder away from Goodison Park – but the Merseysiders are bracing themselves for a host of big-money offers in January.

United – who made a last-ditch attempt to sign Bale before his summer move to Real Madrid – do not want to miss out on another superstar of British football.

They believe a bid of £50m will be enough to get Everton around the negotiating table – but the Premier League champions also know there will be plenty of bridge-building after their aggressive summer pursuit of Leighton Baines.