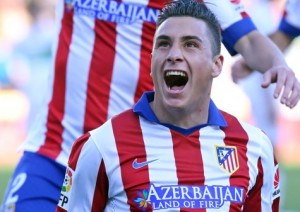 The summer transfer window is slowly creeping up on us, and it won’t be long before there is an absolute frenzy with sides trying to improve their playing squads. The rumours are coming in thick and fast. The bookies are already shortening and increasing the odds of certain transfer deal happening this summer. You may check out 888sport bookmakers review | Freebets.co.uk for more on that. For Manchester United, it’s clear that Jose Mourinho has identified the centre-back spot as a possible weakness.

Reports in Spain have suggested that one man whom is on United’s radar is Jose Gimenez of Atletico Madrid, but the same article also claims that the Red Devils are hesitant on meeting a hefty release clause that is currently in his contract.

It is thought that the Uruguayan has a whopping €45million clause in his deal, meaning that the Madrid giants are trying to hold out for that fee if they are to let him leave.

Understandably, Mourinho and his coaching staff aren’t keen on paying so much money for a man who has only been around for the last eighteen months or so – and I’d imagine that the self-proclaimed Special One is considering his other options.

Who else is out there, you may ask? The name that popped straight into my mind was Raphael Varane. The Real Madrid centre-back has been in and out of the team at the Santiago Bernebeu, and I’ve lost count at how many times the Frenchman has been linked with a move to Manchester United. I’d genuinely pay whatever it takes to bring in the 24-year-old. He knows Mourinho as they’ve worked together previously, and alongside Eric Bailly, we could have a centre-back pairing that may well last for about a decade.

Another potential suitor that I wouldn’t mind bringing in is Eric Dier. The Englishman has also been linked with an Old Trafford move quite heavily recently – and Dier’s biggest selling point is his versatility.

Outside of these two guys, a lot of the top-class defenders in the world are all tied up to huge deals or happy at their current sides. The only other whisper I could think of is Michael Keane, who is now plying his trade at Burnley after coming through the ranks at the Theatre of Dreams.

United Would Be ‘Crazy’ To Pay Parents, Says Alex Ferguson