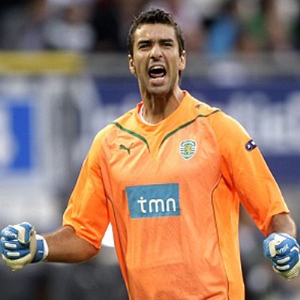 According to The Sun, representatives from Manchester United will fly to Lisbon today to negotiate a deal for Sporting goalkeeper Rui Patricio.

It is believed that the Premier League giants are trying to drive down the Portuguese club’s £12 million asking price closer to the £7m they have offered.

Atletico Madrid’s David De Gea remains United’s first choice to replace the retiring Edwin van der Sar, however, and there are suspicions their interest in Rui Patricio is merely a tool to keep Atletico honest in negotiations over De Gea.