It has been reported that Manchester United are in the market for two new strikers with Robin van Persie leaving for Fenerbahce. 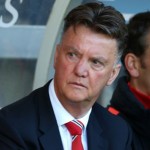 The Sunday Mirror claims that the former Arsenal star is ready to move to Turkey.

United are now in the market for two strikers after losing Van Persie and Radamel Falcao while James Wilson could be loaned to Hull. With Javier Hernandez also surplus to requirements, Van Gaal needs cover for skipper Wayne Rooney.

Harry Kane of Tottenham, Bayern Munich’s Thomas Muller and Karim Benzema of Real Madrid are all under the microscope. Angelo Henriquez Retains Hope Of Making It At Manchester United