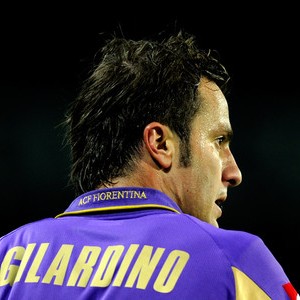 Reports are out claiming that Premier League giants Manchester United have made contact with Fiorentina about the availability of Alberto Gilardino.

According to Gazzetta dello Sport, Fiorentina have been approached by representatives from United regarding the situation of the Italian international.

It is strongly believed that Gilardino is under consideration by United manager Sir Alex Ferguson as a like-for-like alternative for Dimitar Berbatov.

It is believed that Gilardino’s performances against Liverpool last season remain a lasting memory for Ferguson.

Juventus are in talks with Fiorentina about a deal for the striker, a self-confessed Bianconeri fan, but they have been warned about United’s late interest.

A swap involving United youngster Kiko Macheda has been raised, though the player’s agent insists Ferguson is counting on the Italy U21 international long-term.