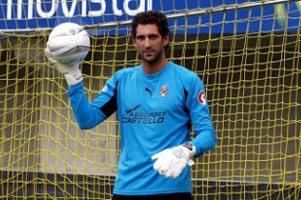 Manager Alex Ferguson is impressed with the 27 year old after twice sending scouts to watch him recently.

Lopez told reporters that he is aware of the rumours and that the Premier League is very attractive.

Manchester United No 1 goalkeeper Edwin van der Sar turns 39 on Thursday and Sir Alex has concerns over the form of back-up Ben Foster. Capello : Scholes Don’t Want To Be Involved With England