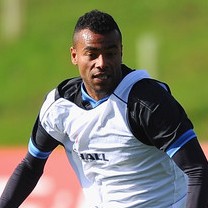 Reports have emerged that Manchester United are monitoring Ashley Cole’s situation at Chelsea.

The Daily Mail reported that the England international is set to quit Chelsea and, as a result, United are set to pounce.

The left-back will walk away from Stamford Bridge at the end of the season after failing to agree a new contract with the European Champions.

United manager Sir Alex Ferguson has been watching Cole’s situation since the end of last season.

Ashley Cole Ruled Out Of Chelsea’s CL Clash Against Schalke