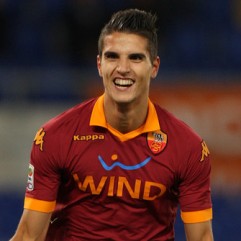 Reports are out claiming that Sir Alex Ferguson is having AS Roma winger Erik Lamela tracked leading up to the January market.

It is said that the Manchester United boss is in the market for a new wide player as doubts continue over contract rebel Nani’s future at United.

Leggo reported that Argentine Lamela’s stunning form this season has brought him to the attention of Fergie, who is now considering the former River Plate starlet for the winter market.

Roma turned down €15 million bid for Lamela last summer and will be reluctant sellers.