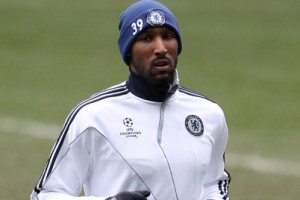 Interesting news are out and it has been reported that Manchester United are ready to swoop for Nicolas Anelka if his contract negotiations at Chelsea collapse.

The French international striker, now age 31, has only one year left on his Blues deal.

It is said that talks are close to completion on a new two-year offer but United are ready to pounce if anything goes wrong.

It is also said that Alex Ferguson is a long-time admirer of the well-travelled hitman.