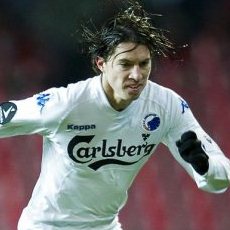 Reports have emerged that FC Copenhagen left back Bryan Oviedo is being tracked by Manchester United.

The Daily Mail reported that the reigning Premier League champions sent scouts to watch the Costa Rica international on Sunday.

Oviedo, who played in Gary Speed’s memorial match in February and has made 13 appearances for the Danish champions this season, is out of contract next summer and available for around £2million.

United want a left back to cover for Patrice Evra as Brazilian Fabio is expected to be loaned to Benfica next season.