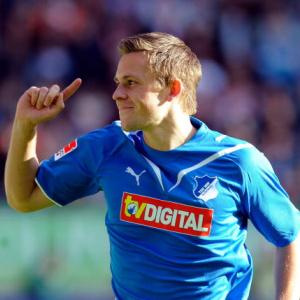 The former Reading star has started his Bundesliga career in sensational fashion.

And United have been watching Sigurdsson since last month, when scouts saw him score twice for Iceland U21 against Scotland.

Sigurdsson moved to Hoffenheim in the summer for £6million. Sir Alex Ferguson Happy With The Fitness Of Rio Ferdinand