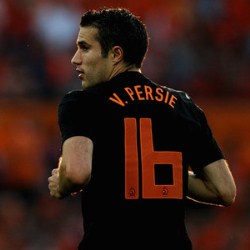 Reports are out claiming that Manchester United are to make a serious play for Arsenal ace Robin van Persie.

The Daily Mail claim that the Premier League giants will intensify efforts to prise Robin van Persie from Arsenal, after Sir Alex Ferguson confirmed he is willing to let Dimitar Berbatov go.

Italian sources say United have had a bid for the Dutchman rejected by Arsenal.

Manchester City have been favourites to strike a deal for Van Persie.