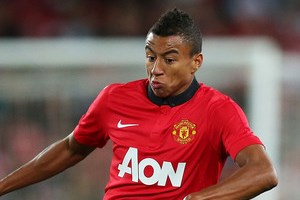 Reports are out claiming that Birmingham City have clinched a deal for Manchester United midfielder Jesse Lingard.

The England U21 international is set to join Blues manager Lee Clark at St Andrew’s, where he is eligible to play in the Championship up to and including Sunday 20 October.

He will wear the no.9 jersey for Birmingham and could make his debut against Sheffield Wednesday on Saturday.