It has been reported that Manchester United are keen to reconnect with Park Ji-sung. 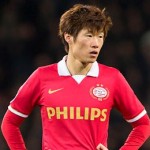 The former United midfielder has only just announced his retirement after two years away from Old Trafford.

It is said that United have been in touch with Park about becoming an official ambassador for Asia and particularly South Korea.

Park, who spent last season with PSV Eindhoven, is mulling over the proposal.