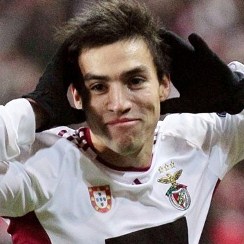 According to the Sunday Telegraph, Manchester United are on the brink of tying up a deal to sign Benfica midfielder Nicolas Gaitan for a fee of £29.3 million.

The 23-year-old Argentina international has been targeted by both Internazionale and Paris St. Germain which has promoted United to act fast and strike an “informal agreement” with Benfica.

Benfica initially wanted £38 million for the player, who can play as an attacking midfielder or left-sided forward, but United insisted they would not go that high, although they have agreed to the Portuguese side’s demand to keep Gaitan until the end of the season.

Gaitan’s former club Boca Juniors will receive 20 per cent of any transfer fee.