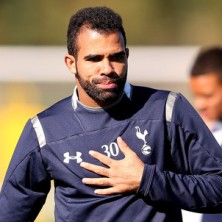 Interesting transfer news are out claiming that Manchester United are eyeing a shock raid on Tottenham for midfielder Sandro.

The Daily Star reported that United boss Sir Alex Ferguson has highlighted Tottenham star Sandro as the perfect solution for his flimsy midfield.

Sandro has been in impressive form for Spurs this season, producing an exceptional performance during his side’s 3-2 victory over United in September.

Fergie will be confident of enticing the Brazil international away from White Hart Lane, after previously snatching Michael Carrick and Dimitar Berbatov from north London.

But Old Trafford chiefs are wary that Spurs chairman Daniel Levy is likely to drive a typically hard bargain for the 23-year-old.