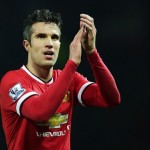 Reports are out claiming that Manchester United are preparing to sell Robin van Persie this summer.

United chief executive Ed Woodward will now listen to offers for the Holland hitman and look to sell him to the highest bidder.

The 31-year-old will be entering the final 12 months of his contract this summer and there have been no moves to offered him a new deal. Manchester United In The Market For TWO New Strikers