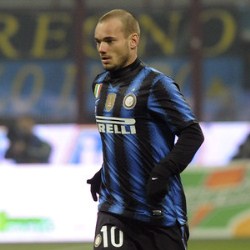 Reports have surfaced that Manchester United are pulling back from talks for Inter Milan star Wesley Sneijder.

It is said that the Dutch international wants £200,000-a-week to move to Old Trafford and Ferguson has concerns that would unsettle the dressing room. We Will Bring Celebrations Back To Man Utd – Juan Mata

Manchester United Yet To Agree Deal For Nicolas Gaitan