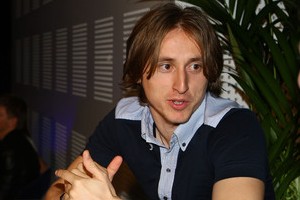 Sir Alex Ferguson is reportedly tabling a £25million offer for the Croatian who he believes he can use as a Paul Scholes type in central midfield at Old Trafford.

Ferguson is believed to be out of patience with Michael Carrick who is admired by Spurs boss Harry Redknapp, so who knows, perhaps a potential trade?

Mourinho : Beating Barcelona Was The Greatest Moment Of My Career


Benitez : I’m Not Focusing On My Career At Liverpool