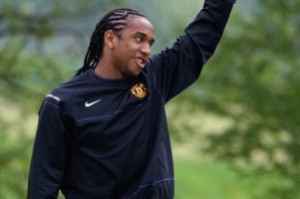 Manchester United boss Sir Alex Ferguson is ready to fine and sell Anderson after the midfielder went AWOL this week.

Anderson flew home to Brazil where he met Vasco Da Gama’s director of football Rodrigo Caetano, when he should have been training in Manchester.

Caetano however denied that the meeting in Rio was about a possible transfer.

He told reporters that Anderson is a great kid but in terms of trading him, it is very unlikely.

He also added that Anderson has got a good contract with Manchester United and that he cannot keep feeding this type of pipedream.

However according to newspaper reports, Manchester United will now listen to offers for the central midfielder, who signed from Porto for £18million in July 2007.

It is also said that Sir Alex Ferguson will fine him the maximum two weeks’ wages. Chris Smalling Out For One Month With Hamstring Injury