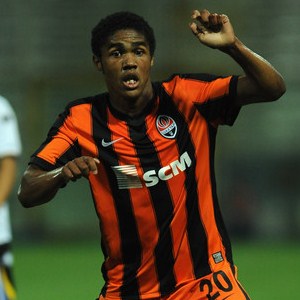 It has been revealed that Manchester United are interested in Shakhtar Donetsk star Douglas Costa.

While rumours of Costa visiting Old Trafford last week were wide of the mark, the 20 year old Brazilian is under consideration at United.

The Telegraph has reported that Sir Alex Ferguson, who has struggled to settle on a central midfield partnership in recent years, is examining the prospect of bringing Costa to England in the summer.

The midfielder has been tracked by United since his time at Gremio. Tom Cleverley : I Look Up To Frank Lampard