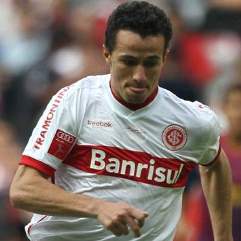 It has been revealed that Manchester United are maintaining contact with Internacional for star striker Leandro Damiao.

Reports have emerged recently that United and Juventus are chasing the Brazil international centre-forward.

Tuttosport reported that United are definitely in the hunt for Internacional striker Damiao, with €28million the figure being mentioned.

Man Utd Boss David Moyes Not Giving Up On Nani