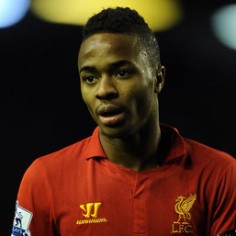 Reports are out claiming that Manchester United are lining up a stunning raid on Liverpool for superkid Raheem Sterling.

The People reported that Sir Alex Ferguson is monitoring Sterling, 18 next Saturday, who could be a long-term replacement for unsettled Nani.

Direct transfer activity between the two clubs has been non-existent for decades but Sterling has so far stalled on agreeing his first major contract, alerting United, Manchester City, Arsenal and Chelsea.

It is United’s interest which could appeal to the England winger and his advisors. Ferguson has a good record of developing youngsters into world stars and is building a team around England players such as Tom Cleverley, Danny Welbeck, Chris Smalling and Phil Jones.

Adding Sterling to that group has massive appeal for Ferguson although he knows negotiating with Liverpool would be a major obstacle.