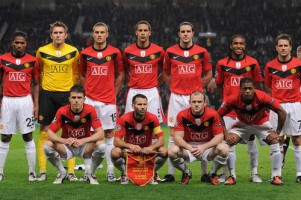 English Premier League champions Manchester United are in discussions with MLS to be the team to take on the All-Stars this season.

United are believed to be in negotiations for a four or five-match tour of the US this summer which could potentially include playing the MLS All-Stars at Reliant Stadium in Houston.

United, who boast world-class superstars such as Wayne Rooney, Dimitar Berbatov, Edwin van der Sar, Ryan Giggs and Michael Owen, are currently sitting on top of the English Premier League table and are also into the quarter-finals of the European Champions League.

Wayne Rooney To Sit Out Champions League Clash Against Valencia