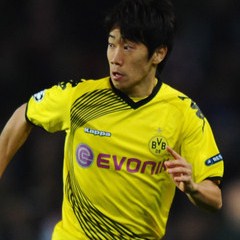 Shinji Kagawa is once again on Manchester United’s agenda.

Nippon Sports reported that the Borussia Dortmund star is a target for AC Milan and United.

It is said that the Premier League giants have been monitoring the Japan international for around a year and it is claimed the midfielder could be viewed as a long-term replacement for Ji-sung Park.

However Italian giants AC Milan are determined to bring him to Italy.

“I aim to go to a big club one day,” Kagawa declared.