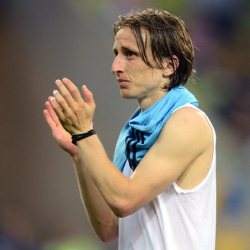 Reports have surfaced that Manchester United have made a new offer for Tottenham midfielder Luka Modric.

Sportske Novosti reported that the Premier League giants tabled a £22million bid for the Croatia international playmaker this summer.

It is also said that United are prepared to offer the dimunitive midfielder a six-figure weekly wage.

However, it is reported that Tottenham do not want to sell the 26 year old, who is also interesting Real Madrid and PSG, to the Reds.