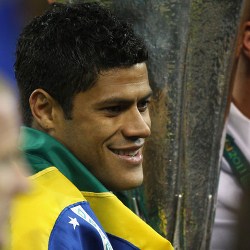 The Manchester Evening News has revealed that the Red Devils will consider selling out-of-favour Dimitar Berbatov for £15 million.

United manager Sir Alex Ferguson is expected to go in search of more firepower this summer with Michael Owen out of contract.

Danny Welbeck will return from his season-long loan at Sunderland – but Real Madrid’s Karim Benzema and Hulk of Porto are both being monitored by United.