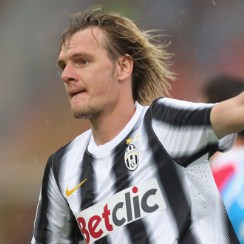 Corriere dello Sport says United have sounded out Juve about the prospect of a loan agreement for the January market.

Ferguson is keen to take Krasic, who would not be Cup-tied from the Champions League, on a six-month trial before deciding whether to splash out to sign the Serb permanently.

Krasic has found himself struggling to fit into Juve coach Antonio Conte’s system, but knows Ferguson has been a long-term fan.