Currently sitting nicely on top of the Premier League table, and grinding out results when it truly matters, is Manchester United on course for their next Premier League title?

Sir Alex Ferguson did not break the bank this season for any major signing and only signed Mexican international Javier ‘Chicharito’ Hernandez at the start of the season and a relatively unknown Danish goalkeeper in Anders Lindegaard even though United’s American owners maintained that there is money to be spent on big name players.

Sir Alex Ferguson decided to be ‘Super-Cautious’ in the transfer market and did not splash the cash unlike their major rivals Chelsea, Liverpool and Manchester City. The Scottish tactician chose to keep faith in his old guards such as Ryan Giggs and Paul Scholes and relied on existing players to get the job done. 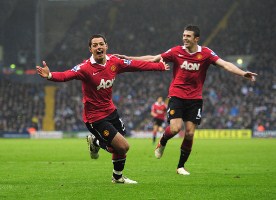 The lack of any major signing at the start of the season got United’s faithful fans from around the world questioning the ambition of the club and its possible direction in the future. A less than impressive start to the season by United made matters worse.

However Sir Alex Ferguson proved the doubter wrong and mounted a serious challenge for the 2010/11 Premier League title which now sees them sit at the top of the Premier League table with 12 games to go.

A bulk of those goals came from Bulgarian striker Dimitar Berbatov who has scored 19 goals so far and sulky striker is enjoying his best ever season for Manchester United since his £30.75 million move from Tottenham Hotspur. The striker who was once rated as a flop is beginning to step up to the plate for United and what a time to do it. 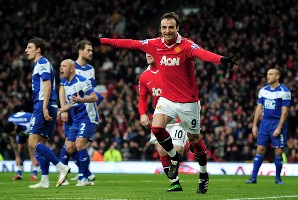 Portuguese winger, Nani is also enjoying a break-out season and the former Sporting Lisbon star looks like he is finally finding his feet at the club and slowly moving out of the shadow of another Portuguese winger who used to play for United, Cristiano Ronaldo. Nani has contributed to United’s goal tally this season with nine goals and so has Wayne Rooney and Javier Hernandez.

Wayne Rooney is also beginning to return to form and his match winning goal against Manchester City has erased any doubts and questions as to his quality and commitment to Manchester United. The England international striker also looks to be peaking at the right time of the season and would be a major player for United in the title run-in.

Manchester United also have the best home record in the Premier League this season and Old Trafford has become a fortress with their the water tight defence and the ever present Edwin Van Der Sar in goal has proved to be a tall order for visiting teams. United has won 13 out of 14 home matches this season, with one draw. This form has seen Sir Alex’s side amass a total of 40 points at home. 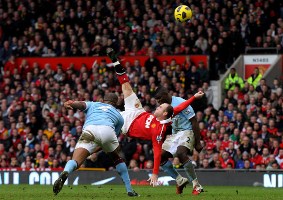 However United’s away record have only seen them managing 3 wins out of 12 games while 8 games were drawn and one defeat. It is clear that Manchester United must improve on their away record for the remaining games of the season if they are to win the 2010/11 Premier League title.

However there are still 12 games to go and as the saying goes ‘It ain’t Over Til The Fat Lady Sings’ (and by saying that we don’t mean Susan Boyle). Manchester United will have to face Chelsea twice before the end of the season and losing both these games would be disastrous for Sir Alex’s side. United will also face Liverpool and Arsenal away before the end of the season and it is vital that the Red Devils pick up all three points from these matches if they hope to keep their Premier League dream alive.

So, will Manchester United win the Premier League title this season? We at TFM wouldn’t bet against it. 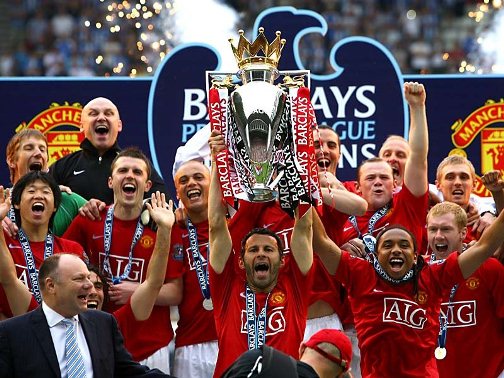