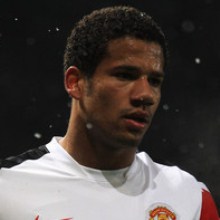 Reports are out claiming that Sir Alex Ferguson is expected to hold onto Bebe next season.

Manchester United paid Vitoria de Guimaraes a reported £7.4 million for Bebe, who never played a game for the Portuguese club.

The Manchester Evening News says he’s had just one season, United wouldn’t get a return on the fee they paid, so the 20-year-old is likely to be given another year.

Since his move, Bebe has become a regular in the Portugal U21 squad.