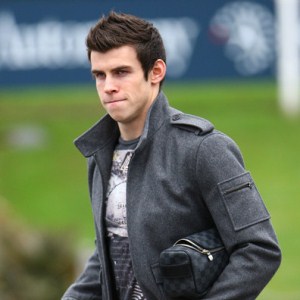 Interesting news are out and it has been revealed that Manchester United boss Sir Alex Ferguson is making Tottenham star Gareth Bale a priority summer target.

The Sunday Mirror has reported that the Scottish tactician is willing to go to £40 million to land the left sided midfielder.

It is believed that Ferguson sees Bale as the long-term replacement for fellow-Welshman Ryan Giggs who is nearing the end of his illustrious career at Old Trafford.

There will be fierce ­competition for Bale who has emerged as one of the most exciting young talents in the Premier League over the last two years.

Ferguson has in recent years signed both Michael ­Carrick and Dimitar ­Berbatov from Spurs ­despite initial resistance.

Indeed, Carrick, who was brought through at West Ham by Tottenham ­manager Harry Redknapp, could be used as a bartering tool by Ferguson.