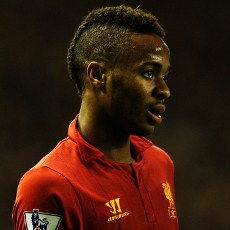 There has not been any transfer business at senior team level between United and their bitter rivals on Merseyside since Phil Chisnall moved from Old Trafford to Anfield in 1964.

“Sterling is the first winger I have seen in a long time who looks like a proper winger.

“He looks very good already and I think he is going to be great.

“If you just let him go wide on the outside of the full-backs all the time I think he will be a great player.

“He’ll frighten people to death, so long as nobody coaches it out of him. He’s the brightest prospect out there and would suit United.”