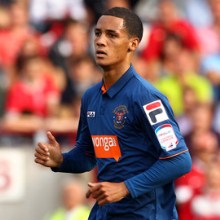 Reports are out claiming that Manchester United are closing on a deal for Blackpool winger Thomas Ince – thanks to Dad, Paul.

The Sun reported that Paul has been trying to push the move through.

The former United midfielder spoke with Alex Ferguson earlier this week in a bid to get the 20-year-old Blackpool ace to Old Trafford.

And his intervention appears to have done the trick, with the switch on course for the New Year transfer window.

Ince moved to Blackpool from Liverpool only last summer and his two-year deal is due to expire at the end of the current campaign.

But Fergie wants him in as soon as possible and is confident of tying everything up in the next two weeks.