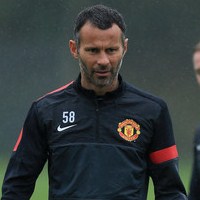 Ryan Giggs will sit out Manchester United’s FA Cup quarter-final with Chelsea. Giggs is not required by manager Sir Alex Ferguson following his outstanding performance against Real Madrid, so his wide berth is likely to go to Antonio Valencia or Ashley Young. Phil Jones (ankle) and Paul Scholes (knee) are definitely out, while the main focus will be on whether Wayne Rooney gets a start after being left on the bench against Madrid.

Chelsea captain John Terry and striker Fernando Torres could make way as Rafael Benitez again rotates his squad. Terry, whose fitness travails mean he is unlikely to be asked to play twice in four days, and Torres played in last night’s Europa League loss at Steaua Bucharest. Demba Ba, Victor Moses, Ramires and Nathan Ake return to the squad after missing the trip to Romania, while Oriol Romeu (knee) remains a long-term absentee.

Sir Alex Ferguson: “I’m not going to kick anyone when they’re lying down. It’s not my style. My concern is Manchester United. What happens at Chelsea doesn’t really affect me. Chelsea have a terrific record in the FA Cup, probably the best of any team in the last decade. It doesn’t matter when you play Chelsea or who’s in charge, we’ll have a hard game.”

Rafael Benitez: “It’s another competition and atmosphere (following the Europa League defeat to Steaua Bucharest). It will be totally different. It’s another challenge for us.”