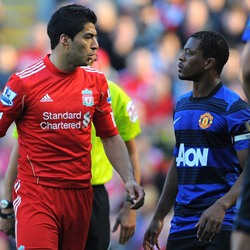 Tom Cleverley is expected to play some part in Manchester United’s crucial Premier League encounter with Liverpool at Old Trafford. Cleverley has been out since October with an ankle injury but has now recovered and is likely to be on the bench. Chris Smalling (knock) is set to return but Phil Jones (ankle) is still missing.

Liverpool striker Luis Suarez is set to face United for the first time since being banned for eight matches for racially abusing Patrice Evra. The Uruguay international looked sharp on his comeback in a 24-minute substitute appearance in the goalless draw at home to Tottenham on Monday. Left-back Jose Enrique missed that match with a hamstring problem but is expected to be fit enough to return. 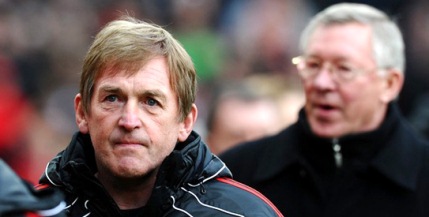 Dirk Kuyt has scored four goals in his last three appearances against Manchester United in all competitions.

Javier Hernandez has scored in the final 10 minutes of the last two Premier League games between Liverpool and Man Utd.

Only Chelsea (5 times) have won at Old Trafford more often than Liverpool in the Premier League (4).

Man Utd enjoyed just 44% of possession against Liverpool in the reverse fixture in October, lower than in any other match this season.

Liverpool have won four of the last seven Premier League games against Manchester United overall and also beat the Red Devils two weeks ago in the FA Cup.

There were hat-tricks scored in both meetings in the Premier League last season; Dimitar Berbatov for United at Old Trafford and Dirk Kuyt for Liverpool at Anfield.

There have been four penalties awarded in the last six Premier League meetings between Man Utd and Liverpool.

Liverpool have converted the lowest proportion of their shots in the 2011-12 Premier League so far (8.5%).