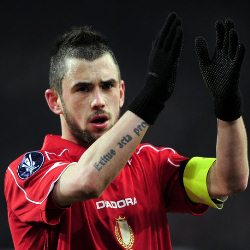 Reports have surfaced that Standard Liege midfielder Steven Defour is set to make a decision over his next move after his summer break.

The player’s agent, Paul Stefani, recently revealed that Premier League champions Manchester United are interested and admitted that scout Martin Ferguson had checked on the midfielder after his recovery from long-term injury.

Stefani also confirmed that the 22-year-old Belgium international will have his pick of “several” offers when he gets back from his break.

Stefani said: “The player has several major offers but he is now on holiday.

“When he gets back we will discuss his future with Standard. Until then we can do more.”