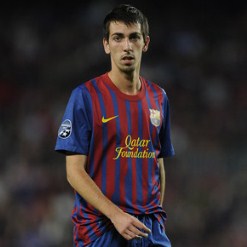 Reports have surfaced that Manchester United are stepping up their interest in Barcelona winger Isaac Cuenca.

It is said that Ferguson was watching 20-year-old winger Cuenca.

Cuenca will be out of contract in the summer and could sign on a Bosman this month for a team outside of La Liga.

The youngster however has said that he wants to stay with the reigning European champions.