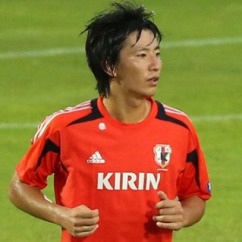 The 24 year-old Japanese international is enjoying an outstanding J-League campaign this season and his form has attracted attention from United.

United boss Sir Alex Ferguson is delighted with the impact of Shinji Kagawa, describing his early impact as “terrific” and the attacking midfielder’s form has the Scot now taking more notice of talent in Japan.