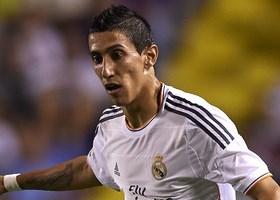 The Daily Star claims that Moyes is desperate to bolster his midfield and is keeping close tabs on German ace Khedira.

It is said that the former Everton boss sent United coach Phil Neville to watch Khedira in action in Madrid’s 7-3 win over Sevilla in the Bernabeu last week.

It is also said that the Premier League champions are also monitoring Real winger Angel Di Maria, but Khedira tops their wanted list.

It is said that United made a late but unsuccessful enquiry for Khedira in the last transfer window.