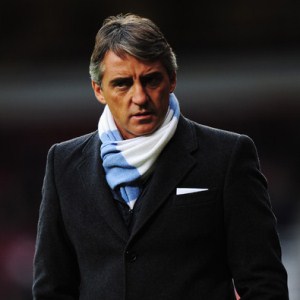 Manchester City manager Roberto Mancini has revealed that he expects Carlos Tevez to give his all for the club in tonight’s clash with Everton.

The Argentine international striker has made it clear that he wants out at Eastlands but Mancini is confident he will remain at his best for the club.

“Carlos loves football and he plays like when we were young and in the garden,” Mancini said.

“It’s the same in training or in a match. I don’t think he will be different in this match.”

And Mancini hopes the Tevez saga does not affect his side who dropped both of their contests with Everton last season.

“We should forget this [Tevez] because we must focus on the next game,” he added.

“The fans were fantastic on Thursday against Juventus and there were a lot of fans there. They should continue to support the team like they have in other times.

“Everton beat us twice last year, so I remember it very well. It will be a difficult, tricky game.

“We can play very well and strong like in the last game. We can only beat them if we play like this.”