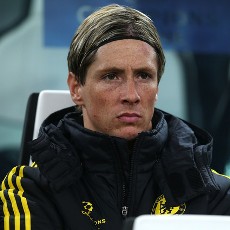 It is said that the Spanish international striker was on Roberto Mancini’s radar in January 2011 before he eventually joined Chelsea.

And Mancini warned Torres will find his best form now that Rafa Benitez has taken over as manager.

“Two years ago we had a chance of signing Torres but after the price became too high we decided on other players,” said Mancini.

“He’s a good player. Every striker can have a difficult moment but for me he is always dangerous.”