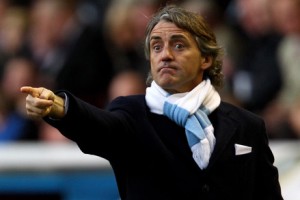 Interesting news are out and it has been reported that Roberto Mancini is ready to dump £50million worth of talent out of Manchester City in the summer.

It is also said that the Italian will demand full power over all transfers in and out of Eastlands.

It is strongly believed that Mancini wants to sell Emmanuel Adebayor, Shaun Wright-Phillips, Wayne Bridge and Stephen Ireland and a £50million bid for Fernando Torres will kick off his efforts to reshape the side.

The former Inter Milan boss is close to leading Manchester City into the Champions League for the first time and planning radical changes he regards as vital to help him lift the Premier League title in 2010-11.