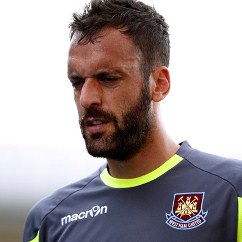 Arsenal boss Arsene Wenger has revealed that Manuel Almunia may not be offered new terms.

The Spaniard will be out of contract in June and is currently back at Arsenal after a loan spell with West Ham United.

Regarding City’s prospects of being champions for the first time since 1968 Wenger said: “I don’t really know.

“They had some impressive away results and especially at Tottenham and Man United but we have to see. If they are still there with that difference in December, then you can say it will be difficult to catch them.”