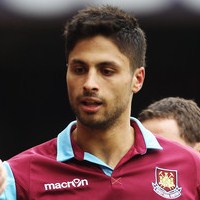 The 25-year old Portuguese international defender has reportedly signed a four-year deal, believed to be around £1.3million, after being let go by the Hammers.

Da Costa joined West Ham from Fiorentina two years ago but failed to make his mark at Upton Park, appearing just 14 times last season as the East London club were relegated to the Championship.