Manuel Pellegrini insists that his players are mentally stronger than their Manchester United rivals. 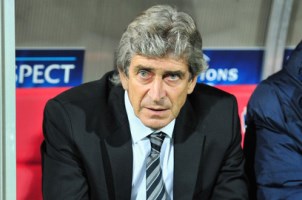 City’s mentality was called into question last season as their failed title defence was them finish 11 points adrift of champions United.

The Manchester City boss said : “I don’t know what happened in the past but I do know that our mentality at the moment is very strong,”.