Manchester City manager Manuel Pellegrini insists that he is not reading into comments made by Jose Mourinho on the weekend. 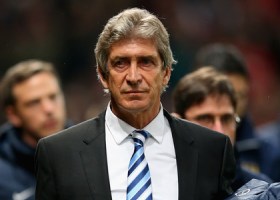 The Portuguese suggests his Blues can no longer win the Premier League title after losing 1-0 at Crystal Palace on Saturday but Pellegrini says it is not his job to worry about what opposing managers are thinking.

Pellegrini’s City side sits four points behind new league leaders Liverpool in third with two games in hand and the Chilean says he has no intention of getting mixed up in mind games with premiership combatants.

“I do not know what Mourinho said, and I don’t know the way he thinks.

“(But) it is not my duty to analyse what Mourinho has said. That is your duty (as the press).”