Maradona To Listen To Offer From Premier League Club 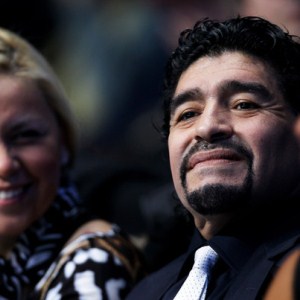 Football legend and ex-Argentina manager Diego Maradona will be in London next month to study an offer from a Premier League club.

“If they convince me, I may take it up,” said the former Argentina coach during a visit to the Atlantic resort of Punta del Este in neighbouring Uruguay.

Maradona, now age 50, gave no indication of which club it might be. However sources close to Maradona were saying it was Fulham.

“I’m not desperate (but) I know that some day I’ll be the coach again of some team,” Maradona told a hastily convened news conference.

Maradona has been out of work since his controversial exit as Argentina coach following his World Cup team’s 4-0 rout by Germany in July in the quarter-finals of the South Africa tournament.